There won't be a single recruiter who hasn't heard about such claims. However, the question is - "Why does a solution that promises to automate the mundane process of screening resumes and potentially save a lot of time in the recruiting process, is still looked down upon with suspicion?" The answer is - Reliability. There are far too many options and far too many claims by Resume Parsers. And despite their tall promises, most Resume Parsers fail on both of their capabilities - accuracy, and efficiency. Therefore, the question arises:

“What should I look for in a Resume Parser?”

We have tried to answer the same.

Here is the list of factors you need to consider while choosing a Resume Parser:

Candidates have their resumes in various formats. Providing them with the flexibility to upload their resumes in any format provides a superior candidate experience and boosts up the application numbers. However, to facilitate the process, your Resume Parser should support all popular formats, such as Doc, Docx, HTML, RTF, PDF, PNG, and JPEG.

Resume Parsers need to be more than keyword identifiers. They need to understand the context behind each of the words written in the resume. Modern ML-based Parsers do this by taking up the same word but treating them differently as per the use-case.

For example, Consider the following statement:

It is quite likely that you wouldn't have understood the meaning of all the words in the above statement, but even if you don't understand the exact meaning of these words, you can probably guess that since “professor” is a job title, “Universitatea de Stat din Moldova” is most likely the name of an organization.
Now consider one more example, with two statements:! 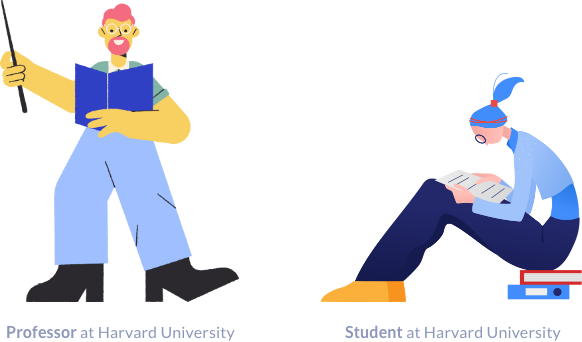 Let's cut to the chase. No company is going to invest in a Resume Parser if it doesn't integrate smoothly with its existing HRMS. Therefore, a resume parser, however good functionally, should also integrate seamlessly into widely-used HRMS and ATS like Taleo, SuccessFactors, SmartRecruiters, Darwinbox, or other home-grown ATS.

Apart from having a layer of ML, the software should also have a rich library of taxonomies to identify every keyword like Skills, Location, Company, Degree, etc. Keeping up with the vocabulary used in resumes is a big challenge. A resume consists of company names, institutions, degrees, etc. which can be written in several ways. For eg. Skillate:: Skillate.com — Both these words refer to the same company but will be treated as different words by a machine. Moreover, every day new companies and institute names come up, and thus it becomes extremely important to keep the software's vocabulary updated.

Consider the following two statements:
‘Currently working as a Data Scientist at < Skillate>’ and,
‘Worked in a project for the client Skillate’

In the first statement, “Skillate” will be tagged as a company as the statement is about working in the organization. But the latter “Skillate” should be considered as a normal word and not as a company. It is evident that the same word can have different meanings based on its usage.

With diversity and inclusion becoming a bigger part of a company's selection process, it is important that the Resume Parser also adheres to the same standards. Many modern Resume Parsers come with the facility to disable certain data fields that might lead to discrimination like name, age, gender, candidate picture, etc. 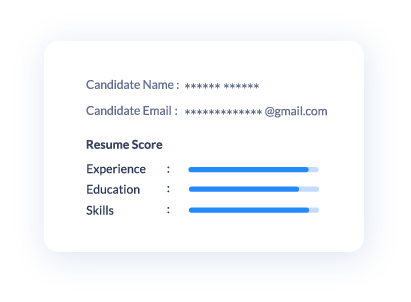 Once the Parser extracts the candidate information, it should automatically update the profiles to ensure that the company’s database remains refreshed.

Since the main motive of using a Resume Parser is to improve candidate experience, the Parser should process resumes at lightning speed. Modern AI-enabled parsers would take 1-3 seconds to process the most complex of the resumes. The system should collect the information and autofill any or all of the required forms so that the candidate is not required to duplicate his or her efforts.

The Parser should recognize and extracts information from any component of the resume. Ex: Tabular templates, image scanning, etc.

Often, candidates use a partitioned format for their resumes, i.e they put the fields on one side and the information on the other. Smart Resume Parsers identifies these complex formats and extracts relevant information from the appropriate side.

Even though there is no "one size fits all" solution for various organizations, keeping the above pointers in mind would give most recruitment teams the blueprint to their next resume parsing solution. To know more about how Resume Parsers work, read this technical blog.

“4 out of 5 people have their jobs affected by COVID.” Fact.…

5 Essential Tools for Remote Working In 2020

Working from home, distance or distributed work are all synonyms used for remote work. It’s when your employees are working from beyond their office space. Your team's work can be working from any location, across different time zones and would connect through online communication tools.…